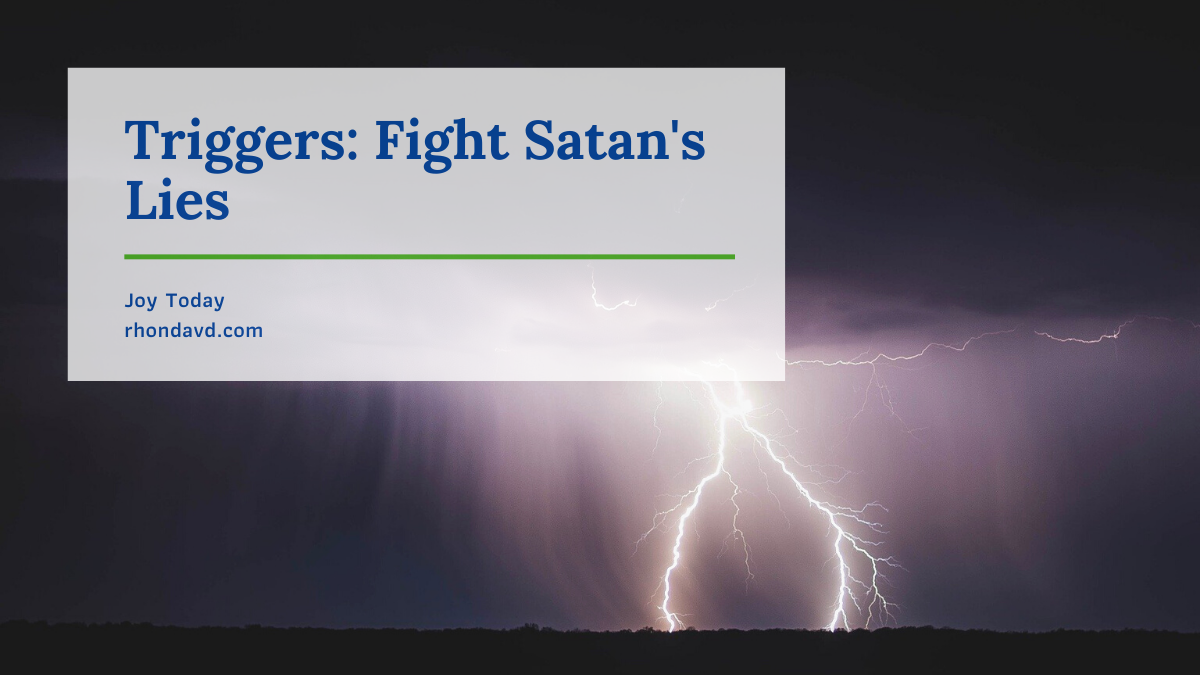 I still have triggers.  Which kind of pisses me off, excuse the harsh vocabulary.  But that’s how I feel about it.

Last weekend Benj and I went out to eat and then for ice cream.  Both restaurants labeled every item on the menu with calorie counts.  I’m sure for much of the population, that may be a good thing.  For me, it’s a trigger.  I don’t normally think in calories anymore because I was taught not to, and I trained myself not to.  I rarely worry that this dish has more calories than that dish.  My brain has been reprogrammed to think in terms of food categories instead and making sure I have a balance of those in my diet. I purposefully don’t look at labels and calorie counts anymore.

I’m three years out, but still, I know my triggers.  So when I looked at the menu, the calorie counts jolted my mind three years back, and I know, even if I didn’t want to admit it, I ordered based on the calories in the dish.  And that, THAT, pisses me off.

Praise the Lord I have a turn off switch.  I have logic on my side.  I have truth in my head.  I can flip the off switch on my triggers.  Unfortunately, triggers often restart.  Sometimes seconds after I turn it off, sometimes minutes, sometimes even after weeks, the triggers can click back on.

But here’s the key, and this is important.  The key is to keep turning them OFF.  Keep doing it.  No matter how many times they flip to “on”, flip them right back off.

I’m talking about my ED triggers, but maybe we all have triggers of some sort in our lives.  Maybe it’s the emails from a favorite store announcing the newest sale that trigger the shopaholic.  Or maybe it’s that one mom in church who always looks put together with perfectly behaved kids that triggers the comparison trap.  Or maybe it’s the crumb hiding in the corner of the kitchen that turns on the compulsive cleaning perfectionist disorder.  Clean is good; compulsion is not.

Whatever the trigger for whatever the issue, turn it OFF.  Every. Single. Time.

I learned how to turn my triggers off.

I let logic replace fear.  I turn the fear OFF.

Satan will keep turning it on.  That’s the point of triggers I guess.  It’s how he annoys us, frustrates us, wears us down, wills us to give up.  Oooh, that Satan is good at what he does, at what he is.  And let’s be clear on what exactly Satan is:  Satan is a fallen angel.  He is not omniscient, not omnipresent, not omnipotent.  He is not all knowing, everywhere, all powerful.  Yes, he’s good at manipulating, lying, tricking, and slyly turning on triggers.  But he’s not God.

HE IS NOT GOD.

I’m using capital letters.  I think it’s because I’m seriously annoyed that Satan thinks he’s all that.  I don’t deny he has power.  But he’s not God.  Or maybe I’m annoyed because I let him get to me with my triggers. I’m angry that I fall for his tricks.

Maybe if I’m honest, it’s not the calorie counts on the menus that ultimately triggered me.  I’ve been irritated for the past couple of months for one huge reason – my biggest trigger of all – the fall season.

I’m three years past treatment and so this year I knew it was coming because it’s happened the last two years.  Fall is a huge trigger for me because my fast-paced, active, being outside, on-the-move summer is over.  I feel extra healthy in summer.  I have that nice golden tan which, let’s be real, makes a person feel 5 pounds lighter, whether that’s true or not.  The white, pasty body look is not my favorite.

So fall triggers my ED to tell me that I need to keep moving.  But the weather traps me inside and ED begins to whisper his lies – that I’ll gain weight because it’s inevitable in winter.  I knew it was coming and still I let ED pull my trigger.  That is the source of my anger and irritation.

I knew it was coming and I still fell for it.

I hate being gullible, being a pushover, and being stupid.  That’s how I feel.  So I get irritated because ever since September I’ve had to continually turn the trigger off.  ED flips it back on.  Off.  On.  Off.  On.  The calorie counts last weekend was an extra strong flip back on.  It’s like when one of my boys swats at his brother and then the other one takes a swing back and then again, back and forth, escalating what started as a single smack on the back.  Each of them wants to have the last hit.  It’s so frustrating.

But I’m stubborn, friends.  I refuse to let Satan have the last hit.  He doesn’t get to leave my trigger on and running.  It’s tiring; I’m not going to lie.  But it’s our job to keep turning it off. No matter how many times Satan tries to turn it on.

We need to take steps.  I use logic and truth against my ED. We can stop feeding power to the triggers.  Unsubscribe from the emails. Go up and talk to Perfect Mom, make friends, find out that she’s a real person and not just a walking billboard for perfection.  Recognize that you need space from the compulsion to clean and so growl at the crumb, and then walk out of the house to read a book on the porch.  (The growl is an important step.)

Triggers do not have to rule our lives.  Do NOT forget:

And eventually, Satan will be the one to throw up his arms in frustration and say, “Fine, I’m sick of this little game.  Have it your way. I quit.”

In treatment, I had to flip my switch almost minute by minute. But as I progressed through recovery, as I relied more heavily on God’s truth and logic and trusted God in the fight instead of fearing Satan, the times Satan flipped my trigger were fewer and far between.  And now, yes, I have these few triggers, but they don’t flip nearly as often.

Though I get annoyed by this fall season thing and the calorie counts on menus, there is one fundamental difference between these triggers now and my triggers prior to treatment.  I don’t give in.  I refuse. I may yet stumble, but I know how to get back up by calling on God for help.  God makes us stronger with practice.

Live aware.  Live in prayer.  Live in God’s strength.  Live on purpose.  Live to glorify the God who loves us.