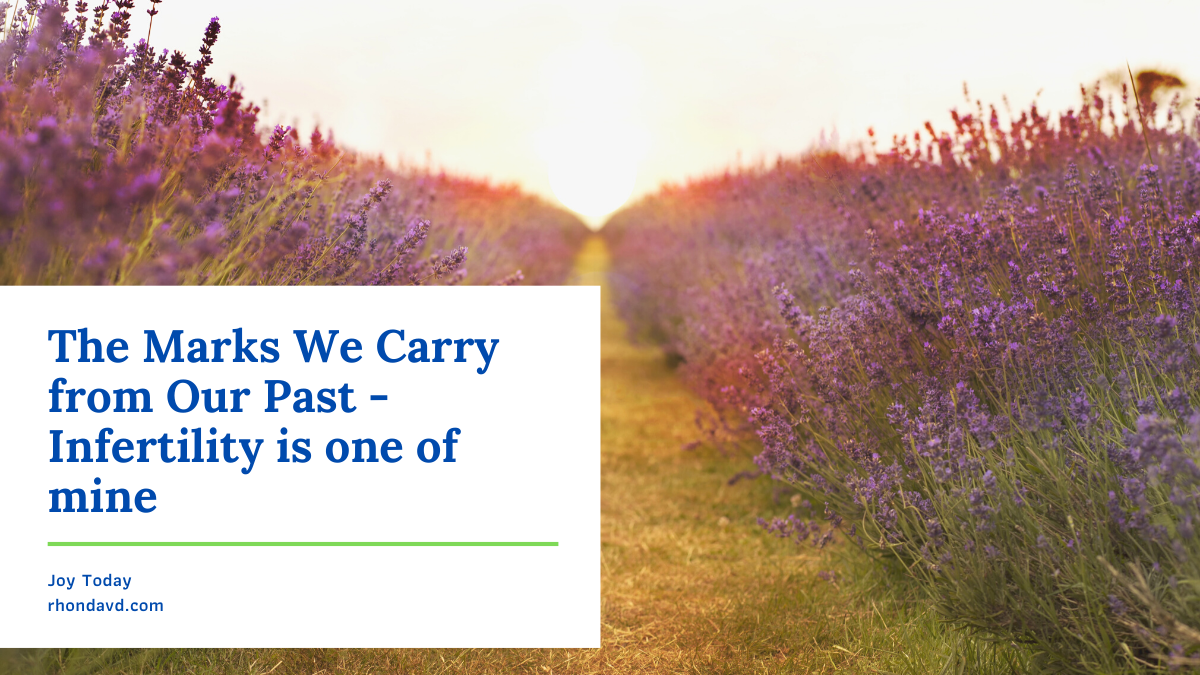 Benj married me because he loves me. I know this. I believe this. I need this. Because when I started the recovery process, I needed to know that his love for me was not going to leave. I shared Our Love Story already because it’s my favorite story to tell.

Because if Benj had wanted to be angry at me, he had every right. Guilt is a thing, and I carried a lot of it. We had to deal with many things during recovery. It isn’t all about relearning how to eat. All of those years of an eating disorder leave a mark. I said this in my last post – Why I Can’t Wear a Mask. I said that an eating disorder is recoverable. But it also leaves a mark.

It’s what we do with that mark that is the power of God’s grace.

When I wrote that line, my own words struck my heart like an arrow. What we do with the marks we carry from our past is the power of God’s grace.

The Marks We Carry from our Past

We all carry marks from our past. We have pain, anger, trauma, shame, loneliness, insecurity, embarrassment, guilt. One of the marks I carried out of my eating disorder was guilt – the guilt of how drastically I had altered our lives because of ED.

Benj had to put up with a lot of s**t from my ED. Sometimes, the words are the only way to share the emotion our hearts carry. And sometimes, it’s only in the harsh words that reality breaks the surface.

One of the most painful realities we had to deal with in my recovery was the effect my ED had on our ability to start a family.

The painful reality was that we struggled to have kids because of the way my eating disorder trashed my body. Yes, eventually we were blessed with four boys, but when I realized that our journey thru infertility stemmed from my eating disorder, I felt tremendous guilt.

How ED Leaves his Marks

If ED could be stopped that easily . . .

How to Fight the Marks

So yes, there is guilt, but the power of an eating disorder is no joke. The guilt I felt after, the anger Benj may have felt after – it had to be directed at ED. And it was in that directed anger that I found much of my strength to fight this disease. This is why giving my mental illness a name – ED – helped me fight. How do you fight your mind? Not so easy. But fight an ugly-faced butthead named ED? Yeah, fists up, baby.

I had had to get sick and tired, angry and resentful, at this disease calling my shots for me. And a very emotionally charged fuel for my fire against ED was the fact that he had tried to road block our journey to parenthood.

How Infertility Left its Mark

We struggled for years. In my total 17 years with ED, I rarely got my period. Only when I was on birth control did my system regulate because of the pills. But when we decided we wanted kids, and I went off the birth control, this is when I realized there was a problem.

I never had a cycle. And maybe at first I didn’t mind too much. I mean, if you are a female, you know. Who really wants that business every month. But that business is what gives the gift of children.

And we couldn’t have any.

We doctored a long time, and the story of that journey would be an entire book. Trust me, I’ve considered writing it. Because it’s that journey where God stepped in and made himself, his grace, and his mercy and love known to us.

No physical sign shows God’s grace to me better than our family picture today.

How God Overcomes the Marks

Through in vitro fertilization, God worked his love by blessing us with four beautifully amazing boys. They are gifts. All life is a gift, but knowing how incredibly messed up I had made my body, the gift of our boys is a revelation of God’s grace.

But in the telling of that story, I have to deal with the guilt of how it was written.

The road we had to take to end up with our four boys is not one I’d suggest.

Through the guilt I dealt with in recovery when I realized what I had put us through because of my ED, I also realized one important fact – one fact that washed my guilt in forgiveness. God takes the marks we carry from our past, and he creates beauty. He takes the ugliness of our pain, and he demands our praise.

We would not have our family today except by the grace, faithfulness, and control of God.

He used our story to bring glory to himself. Because he deserves it. He deserves all of it.

I hate that my eating disorder meant that our road to parenthood was a difficult one, but on that road, God left the roadsigns of his unconditional love.

How God Works Thru our Marks

God sees the marks we carry from our past, he scrapes them into his hands, wipes them clean, and holds us while we cry our heart redeemed in his arms.

Yes, ED calls the shots when he has you in his grasp, but that doesn’t mean you are his victim.

You are not a victim. You are a warrior.

You are ED’s adversary. You have to be. Yeah, it’s hard, but playing the victim is not your life. God wants more for you than this.

God will never hold guilt over your head for the grip your ED has on you. Instead, he asks you to fight. He asks you to step up, stop being a victim, stop being scared of never getting away from ED, and have the courage to fist up.

Don’t wallow in the guilt of what ED has done. Don’t dwell on the marks your eating disorder has left on you. Don’t let any of that be your excuse. Let God’s love be your story instead.

But, friends, God works, even when we feel in the deepest pit. Because in the pit, in those shadows, he is there, walking beside us and comforting us. God is there. He knows. He loves us.

So even though I dealt with the guilt of what my eating disorder caused for Benj and me, I’ve been able to forgive myself and let that guilt go. Instead, I thank God that he was with us in the journey, that he had a plan greater than I could have imagined, that even though there was pain and hurt, he worked for my good.

And now I get to share the lessons I learned and pass on the hope I experienced in the love of the God who refused to let ED be my story.

Don’t hide in your guilt and assume that is your lot in life. I call bull to that. That’s an excuse. Your marks are not your roadblock.

Whatever marks you carry are your stepping stone to God’s grace.

The marks I carried because of my ED hurt, but the point of them is that God’s powerful grace wins.

However his grace shows up in your life, accept it and let it fuel your fight. Your marks are not your story. Your eating disorder is not your story.

Grace is, and always will be, God’s story for you.